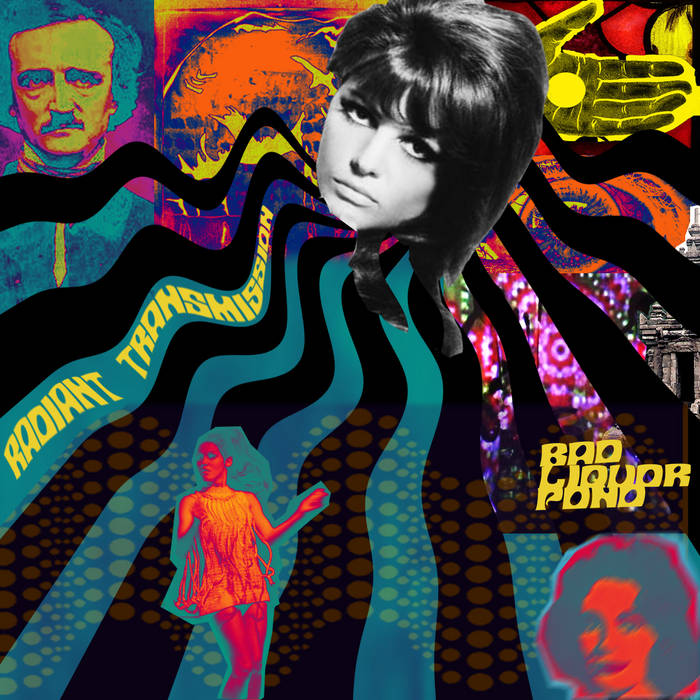 Jenell Kesler Off I40 where the horizon meshes with the sky is a cafe & at times creates a vortex of sorts where minor manifestations are said to occur. Not subscribing to such notions, I didn't take notice of the dusty character who walked in, asked the waitress something & she pointed directly at me. Shuffling to my booth he leaned on the table rubbing the edges of his mouth and said "This will save your wasted soul” pulling a tattered copy of BLP from his pocket slapping it on the table & then disappeared.

Zontar the Thing in Bismarck

Bad Liquor Pond was a psychedelic rock band based in Baltimore, Maryland. formed in 2006, the group released 3 albums, "The Year of the Clam, " "Radiant Transmission," "Blue Smoke Orange Sky" & the 7" vinyl single "Let The River Come."

The band has since dissolved and recruited new musicians, recording a full length album under the new name, MORELS. It will be released in 2015. ... more

Bandcamp Daily  your guide to the world of Bandcamp

Guests include Kassa Overall and Muriel Grossman, plus an LP of the week by Van Hunt.